Friends of Atwater Elementary is a non-profit group run by parents and neighbors in Atwater Village who are committed to helping the school, and its students through targeted fundraising.Coming up on Saturday, March 24, 2012, the Friends of Atwater Elementary present “Electric Blue”, a celebrity auction and charity fundraising event to raise funds for Atwater Avenue Elementary School’s new technology program. The school’s new computer lab gets kids up to speed with technology and is currently being used successfully with language arts and mathematics programs.

The Tam O'Shanter- One of Los Angeles’ Oldest Restaurants

Posted by Jenny Durling on Saturday, March 10, 2012 at 2:10:43 PM By Jenny Durling / March 10, 2012 Comment
The Tam O’Shanter is Los Angeles' oldest restaurant operated by the same family in the same location. ‘The Tam’ as it’s known by locals, is celebrating its 90th birthday! Lawrence Frank and Walter Van De Kamp, founders of the Lawry’s Prime Rib chain, opened the Tam O’Shanter on a dusty dirt road between Hollywood and Glendale in 1922. This historic restaurant and tavern in Atwater Village has become a bit of a Los Angeles Icon.  Near the early movie studios of the area, the restaurant was frequented by many stars including Fatty Arbuckle, Mary Pickford and John Wayne. Walt Disney and his staff were such regulars there that the Tam was coined “The Disney Studio Commissary”! The Disney connection is obvious by a look around the restaurant interior where you’ll find sketches of Mickey Mouse and framed drawings autographed by Walt himself. The lobby...
View Full Post 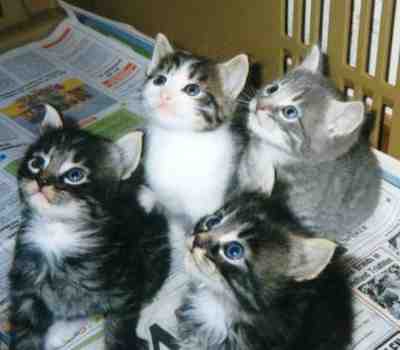 Kitten Rescue was founded in the spring of 1997. This is a private, non-profit rescue group in Los Angeles run totally by volunteers. Kitten Rescue is devoted to finding loving new homes for unwanted and abandoned cats and kittens.  They are also dedicated to providing information to the public on responsible pet ownership, how to care for their pets and the importance of spaying and neutering to manage overpopulation problems. Since 2006, Kitten Rescue has operated the Casitas Hotel for Cats, a private, no-kill shelter and boarding facility in Atwater Village. Kitten Rescue purchased the facility in March 2006 and it houses approximately 150 cats at any given time.  Many are adoptable and waiting...
View Full Post
LOS ANGELES NEIGHBORHOODS
Search Homes
Buyers
Sellers
Blog Archives