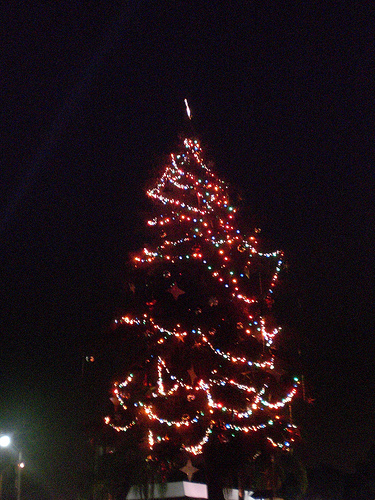 The 19th Annual Atwater Village Tree Lighting Ceremony takes place on Thursday, December 2nd at 6pm. We may not have a white Christmas in Los Angeles, but that doesn’t stop a lot of folks from getting in the holiday spirit.

This year’s festivities will once again take place in the Wells Fargo Bank parking lot at 3250 Glendale Boulevard in Atwater Village. The annual event is presented by the Atwater Village Chamber of Commerce & The Atwater Village Neighborhood Council with generous sponsorship by Council Districts 13 & 4 as well as local businesses. As in years past, there will be snow, music and treats with caroling along Glendale Blvd beginning at 4:30pm....
View Full Post 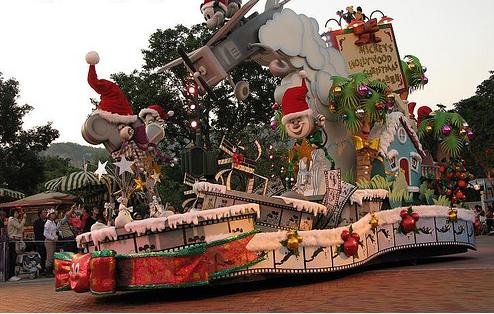 The Hollywood Christmas Parade has been an American tradition for more than eighty years!  This year, the parade benefits Marine Toys for Tots and take place the Sunday after Thanksgiving at 6pm. The 2010  Grand Marshall of The 2010 will be Larry King (CNN’s Larry King Live). Ok, it’s not the Macy’s Thanksgiving Parade or Pasadena’s Rose Parade but The Hollywood Christmas Parade is our own local festive event complete with a ton of celebrities, marching bands, floats, equestrians, giant balloons and general merriment. I’ve always enjoyed this parade from the curb- walking alongside and following the bands (my favorite part)!  You can come...
View Full Post

Posted by Jenny Durling on Wednesday, November 17, 2010 at 6:59:14 AM By Jenny Durling / November 17, 2010 Comment
A new listing came on the market in Silver Lake this week with a great view of the reservoir, Glendale and the Hollywood Hills.  Though the home is walking distance to Silver Lake hot spots like Silver Lake Wine and the Red Lion, once you are inside the property you feel like you've left the city. It's such a serene setting with lovely yards both front and back. 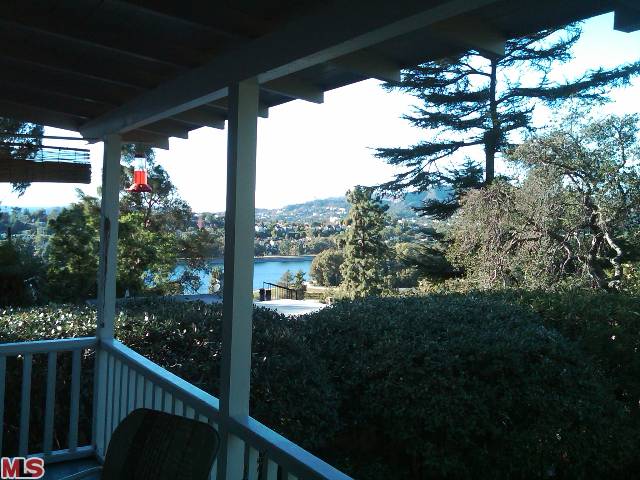 The house was originally built in 1924 and still has its original charm intact.  You'll...
View Full Post

Did you Know THIS about Silver Lake, California

Posted by Jenny Durling on Thursday, November 4, 2010 at 3:14:18 PM By Jenny Durling / November 4, 2010 Comment
Whether you live in Silver Lake, are thinking about relocating to Silver Lake or simply curious, it’s always fun to hear some of the lesser- known facts about an area. Silver Lake Was Estalished in the 1900s, with the creation of the Silver Lake Reservoir. In the 1920s, City Planners started to invest in the building of underground utilities and cement streets to create a residential development in Silver Lake. The Population of Silver Lake is 30,972 as of the 2000 census, with a wide variety of subcultures and ethnicities. It is also known to have a very large gay population. Silver Lake got its name from Silver Lake Reservoir, which was named after Herman Silver, the Los Angeles Water Board commissioner who was instrumental in the establishment of the reservoir. It was originally named “Ivanhoe” by Hugo Reid, who said that the rolling hills reminded him of those in his hometown in Scotland.

Posted by Jenny Durling on Wednesday, November 3, 2010 at 12:03:38 PM By Jenny Durling / November 3, 2010 Comment
We don't see a ton of distressed properties in the Hollywood Hills so if you've been looking for a great deal on a great home this could be the place for you.  This Beachwood Canyon Short Sale has been approved by the bank at the list price of $850,000. Unlike some distressed properties, this one looks to be in great shape. Check out the fabulous view from the living room. Nestled below the Hollywood sign, this 3 bedroom, 2 bath homes boast more than 2000sf of living space. It as a split-level, loft-like floorplan with walls of glass opening to canyon and city views. In the master suite, you'll find a cool limestone bathroom with huge soaking tub and  a custom wood-lined walk-in closet....
View Full Post

Posted by Jenny Durling on Tuesday, November 2, 2010 at 1:02:27 PM By Jenny Durling / November 2, 2010 Comment
Tuesday and Thursdays are broker caravan days in Los Feliz and today I saw a fabulous mid century modern north of Los Feliz Blvd. It's not often that I walk into a place and start thinking about what I would have to do with my finances to be able to buy the place myself.  Well, that's what happened with this beauty today. This modernized mid-century home is located at 2661 Aberdeen Ave in Los Feliz.  Sporting 5 bedrooms and 4.5 baths, there are 4,500sf of living space to relax in.  It's all on one story and wraps around a very cool pool and outdoor living...
View Full Post
LOS ANGELES NEIGHBORHOODS
Search Homes
Buyers
Sellers
Blog Archives