If Your Los Angeles Mortgage Payments are Overdue…

…get started on a short sale now.

When payments are overdue it can be tempting to simply wait it out and live payment-free for a few months until the bank gets around to foreclosing. However, that's a poor idea in terms of your financial future.

1. Credit, and your ability to purchase another home A foreclosure will stay on your credit report for ten long years. And even if everything else on your report is good, and you're able to raise your credit scores, you won't be eligible for a new mortgage loan for 5 to 7 years. After a short sale, you'll be able to purchase another home in as little as 2 or 3 years. 2. Your financial liability for a deficiency after a foreclosure If you happen to have a second mortgage or a home equity line of credit, the second lien holder can and probably will sue you...
View Full Post

If you live in Los Angeles, you probably have friends or acquaintances who have recently sold their homes in Silver Lake, Los Feliz, Echo Park, Eagle Rock, and surrounding neighborhoods.
View Full Post

Short Sales In Los Angeles, California – The importance of your short sale package

Posted by Jenny Durling on Thursday, April 19, 2012 at 1:34:49 AM By Jenny Durling / April 19, 2012 Comment
You've no doubt heard horror stories about Los Angeles short sales that took months to close – or that went into foreclosure before the short sale was approved. Those stories are true, but preventable, because the primary cause of extreme delay is failure to submit a complete and correct short sale package. We won't pretend that a correct package will make your Los Angeles short sale close as fast as a normal sale. Under the best of circumstances, the banks are slow about communicating and giving approval. But submitting an incorrect package sends your short sale to the bottom of the stack. Once you've made the decision...
View Full Post 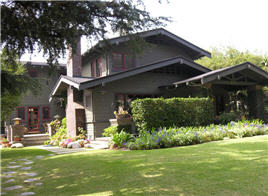 When Congress passed the Mortgage Tax Debt Relief Act in January of 2008 they created a "tax safety net" for underwater homeowners who were either foreclosed upon or who sold their homes as short sales. This act removed the tax consequences of having mortgage debt "forgiven" either through foreclosure or a short sale. Until then, any debt that a mortgage holder wrote off was subject to Federal Tax as "1099 Income." The act provided a tremendous relief to home sellers in Los Angeles when their home values took such a dramatic tumble. Without it, underwater homeowners in  Silver Lake, ...
View Full Post
LOS ANGELES NEIGHBORHOODS
Search Homes
Buyers
Sellers
Blog Archives