Since the 1920's, Sunset Hills has housed Hollywood elite and the architecture reflects the privacy that those types desire once they retire to their own home. Often, only a gate is visible from the road and most will never even catch a glimpse of the $5 million or $20 million dollar home just behind it. Sunset Hills is perched...

Zestimates: How to accurately value your home.

Recently Los Angeles times published an article about Zillow Zestimates after Zillow’s CEO appeared on “CBS This Morning” addressing the ever popular conversation of home worth. http://www.latimes.com/business/realestate/la-fi-harney-20150208-story.html

Zillow is great because it demonstrates how no one, or computer program, can make an accurate estimate of a home’s value. So how does Zillow come up with its “Zestimate”? It uses public record of the home in question.

Although it knows the basics like how many beds and baths are on record, location, square footage and how much nearby properties have sold for, it has no idea you have traded carpet for solid walnut throughout, you transformed that closet called a bathroom into a home spa or your home is in one of the most desirable school districts in the area. 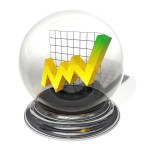