Get Your Step Count Up With L.A. Secret Stairways

Once upon a time, Los Angeles. was a city connected by public transportation and governed by pedestrian traffic. During this time, stairways were the perfect way for pedestrians to have safe and direct access to transit lines. These staircases still stand as reminders of those days and as a perfect way to get your heart rate going and your step count up!

There are many sets found around Mt. Washington, El Sereno,  Highland Park and Santa Monica but I want to draw attention to a couple of favorites found in Echo Park  and Silver Lake .

There as many as 33 stairways in Echo Park, all with different levels of tidiness and difficulty but all provide a little window to the past and  some great views to motivate you in your journey. 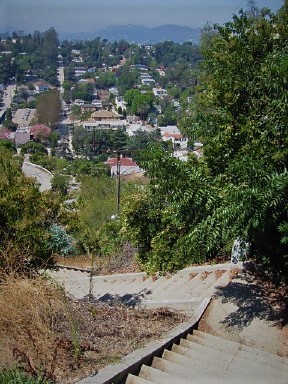 Let’s face the facts: Many Los Angeles neighborhoods have a lot to offer...and West Hollywood is definitely a prime example of one of these. Think about it. The infamous Sunset Strip zips through the area, pulling in people from across the world. The LGBTQ community has long had its strong-hold in the area, bringing new charm and a different influence. Iconic hotels, like the Chateau Marmont Hotel, rise above the palm trees as a symbol of luxury. If these aren’t appealing enough, West Hollywood is often lauded as California’s most walk-able city, with a walking score of 89. If you live in a West Hollywood single-family residence, you might be thinking about selling your home and downsizing into a nearby condo. Not only...