Outpost Estates - A Jewel in the Hollywood Hills

A pristine enclave of about 450 homes once known as “the jewel in the hills”, Outpost Estates is bordered by Franklin Avenue to the south and Mullholland Drive to the north. Runyon Canyon borders it to the west and Cahuenga Boulevard to the east.

The neighborhood roughly covers 1.5 square miles. Charles E. Toberman acquired the land in the 1920s and envisioned the development as “one of the most exclusive and beautiful residential parks in the world”. He only permitted grand Spanish-style homes in the neighborhood and allotted ample space for each estate.

To advertise the luxurious development, Toberman built a towering neon sign with glowing, red letters that spelled Outpost, hoping to steal the spotlight from the neighboring Hollywoodland sign. 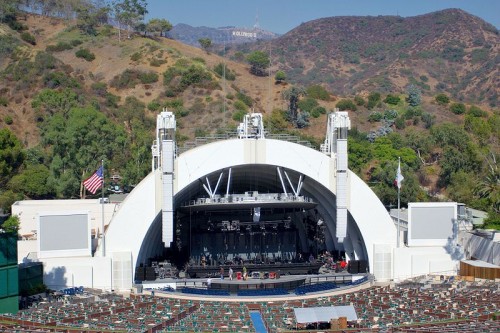 With musical performances ranging from classical to electronic to folk legends, a night at the Bowl (usually preceded by a picnic on the grounds) is something everyone in the family will love.

Runyon Canyon (2001 N Fuller Ave) - This off-leash dog hiking mecca offers several different loop routes for walking on two legs or four. With views that stretch from the San Bernardino Mountains all the way to the Pacific Ocean on a clear day, this is a perennial favorite for active Angelenos. Daily yoga and boot camp are also offered near the Fuller Street entrance.

The Magic Castle (7001 Franklin Avenue) – This members-only club with a strict dress code serves up food, cocktails and a nightly menu of professional magicians doing everything from turning flowers into rabbits on the main stage to sleight of hand card tricks on the smaller stages. There is even a piano-playing ghost named Irma who takes requests from visitors.

While it is possible to find 1 bedroom condos for sale along Franklin and Cahuenga Avenue for under $500,000, if you want to live in the heart of Outpost Estates, be prepared to spend at least $1 million on a home purchase.  Just give me a call  at 213-215-4758 and I'll get right to work looking for the home you're dreaming of.

The thirty-foot high neon Outpost sign had vanished from sight by World War II and no one really knew what became of it. Turns out it remains exactly where it always was, although weather and neglect have certainly taken their toll. Runyon Canyon hikers who simply keep an eye to the east as they ascend the right hand side of its main loop can see the gnarled remains of the steel signs and their girders. Once discovered, local residents tried to get the sign recognized as an historical-cultural monument, but it did not qualify because it was no longer upright. 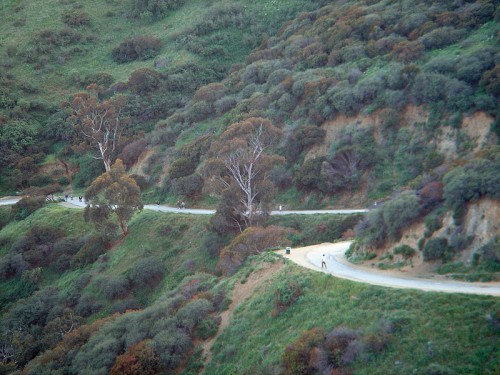 Runyon Canyon, where passers by can still find the remains of the OUTPOST sign from the 1920s.

#1 Most Interesting Fact About Outpost Estates

The site of the first home in Hollywood, an adobe built by Thomas Urquidez in 1853, was a large sycamore grove. One of the sycamore trees in particular found its way into history books as the hanging site of at least 13 alleged bandits and horse thieves. Somewhere around 1930, actress Dolores Del Rio, while building a home at the corner of Hillside Avenue and Outpost Drive, had the hanging tree chopped down during construction. For information on buying property in Outpost Estates or elsewhere in the Hollywood Hills, give us a call at 213-215-4758.